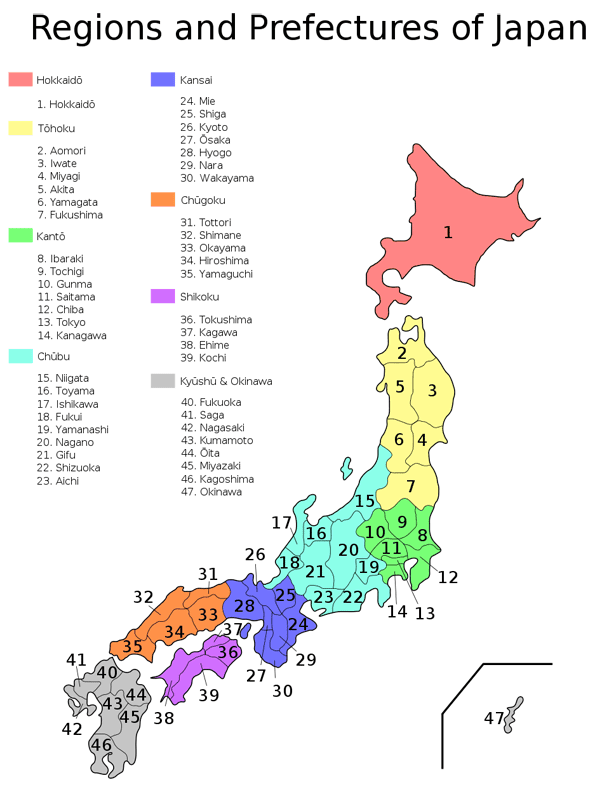 Above: the yellow section is Tohoku

It really did change me.  And as i go, i’ve come to discover that it seems to have changed maybe a lot of people, not all of them Japanese and many not necessarily directly affected by the 9.0 earthquake and ensuing tsunami and nuclear plant tragedies that unravelled on March 11, 2011 in Tohoku.

This post would have published sooner and more anniversary-appropriately, but Japan being ahead in time from where i reside here in the U.S. saw 3/11 in Japan ahead of us by nearly a day and i had an intrinsic need to watch as much coverage of the anniversary events airing in Japan as i had access to that day.  On March 11 in my Pacific Standard Time zone, i worked a full day "closing", then discovered once i got home that internet service wasn't cooperating on any device i attempted to crank this out on (it was windy here last night...?).  And still, earlier tonight, programming about Tohoku  continued to air. So, i trust you understand.

Just two weeks ago now while working at my not-so “day job”, someone particularly special happened in to my store.  i was working register, so was the one to greet customers and take their orders.  We get quite a few Asian customers at my store, but it isn’t always evident to me just who are Japanese ...until i get their name for their order, so her name tipped me off.

Dork that i am, i am admittedly happy on the occasion that i meet or encounter my fellow Japanese, be they issei, nisei or sansei.  In my heart, because of our shared cultural heritage, i have an affinity for them (or you, if you qualify) -and, evidently, my (Japanese) soul sees my fellow Japanese as my extended family.  Some take more kindly to this than others.

99% of the time, those who respond to this quality in me most positively are women.  And my very best experiences in this vein have always been with Japanese females in or from Japan who, for God-knows what reason, usually immediately respond to me as one of their own -however not Japanese i may look on the outside.  One of these days i should look into why this has been my experience -because i’m curious like that.

It’s felt a little to me like two puppies meeting and becoming instantaneous friends, having met Yuri.  The things we’ve come to learn that she and i have in common are downright ...eerie.  The Japanese might call it “sadame” (fate).  To me, God did it.

Yuri, i came to learn, is a student majoring in psychology at a local university.  To say that it’s highly unusual for someone from Japan to major in psychology - particularly of the western variety - would be a (gross) understatement.  The field and practice of psychology in Japan has been and remains severely underdeveloped, to its peril.  So in the two weeks since we met, i had to ask why.  Why western psychology?

i was a journalism major, but if i were to go back or do it over, i think the me of today would major in psychology or sociology and minor in business.  Or maybe vice-versa.
So, there’s that in common.

As for her whys,

a) an interest in human behavior -which has been the single most interesting facet of the job i’m presently in (y'all are interesting creatures ...wink) and likely plays a significant factor in why i’ve lasted there as long as i have.

Yuri was in Japan, albeit closer to Tokyo, at the time of the event -and though i have family and a few friends in Japan, and so have heard some of their accounts of the event, it’s interesting to me to get to hear her experience of it.  No one that i personally know was in Tohoku that day, yet the accounts i’ve heard of the 9.0 magnitude earthquake in and of itself make it clear that that alone was terrifying.  Which only points to how much worse it must have been to have experienced what went down at “ground zero” in Tohoku that day.

We live in such a fast-paced world full of distractions that have, in my opinion, realized and exacerbated an epidemic of ADD/ADHD in developed nations.  My observation of Japan from across the ocean in the context of 3.11.2011 has only made my love for my paternal homeland grow.  Here, in the States, for our plethora of catastrophic events, it seems to me that we grow all-too apathetic all-too quickly.  If we weren’t personally affected by an event, we seem to move on, and quickly -if we so much as notice at all.  Our media coverage moves on just as quickly -which doesn’t help.  i find it unnerving, in fact.  In this rush-and-hurry world, ones personal tragedy gets reduced to a flash-in-the-pan at most, if it makes the radar at all.  Unless, of course, it's you that it happened to.

My family subscribes to TVJapan, an NHK channel available here in the States, which has and continues to air four programs each and every week about post-3.11.2011 Tohoku: Testimonies of the Great East Japan Earthquake (airs twice each week), Tohoku Travelogue and From Tohoku: Lectures for the Future.  Though there are, of course, other television stations in Japan, NHK is a dominant force amongst them.  Last year, NHK based one of its most popular dramas, Yae’s Sakura, on a historical heroine hailing from and set in Aizu in Tohoku.  And every year since 2011, NHK has dedicated a segment of their biggest show of the year, NHK’s New Years Eve “kouhaku”, to spotlighting Tohoku in light of 3.11.2011.  Simply stated, this blows my mind. 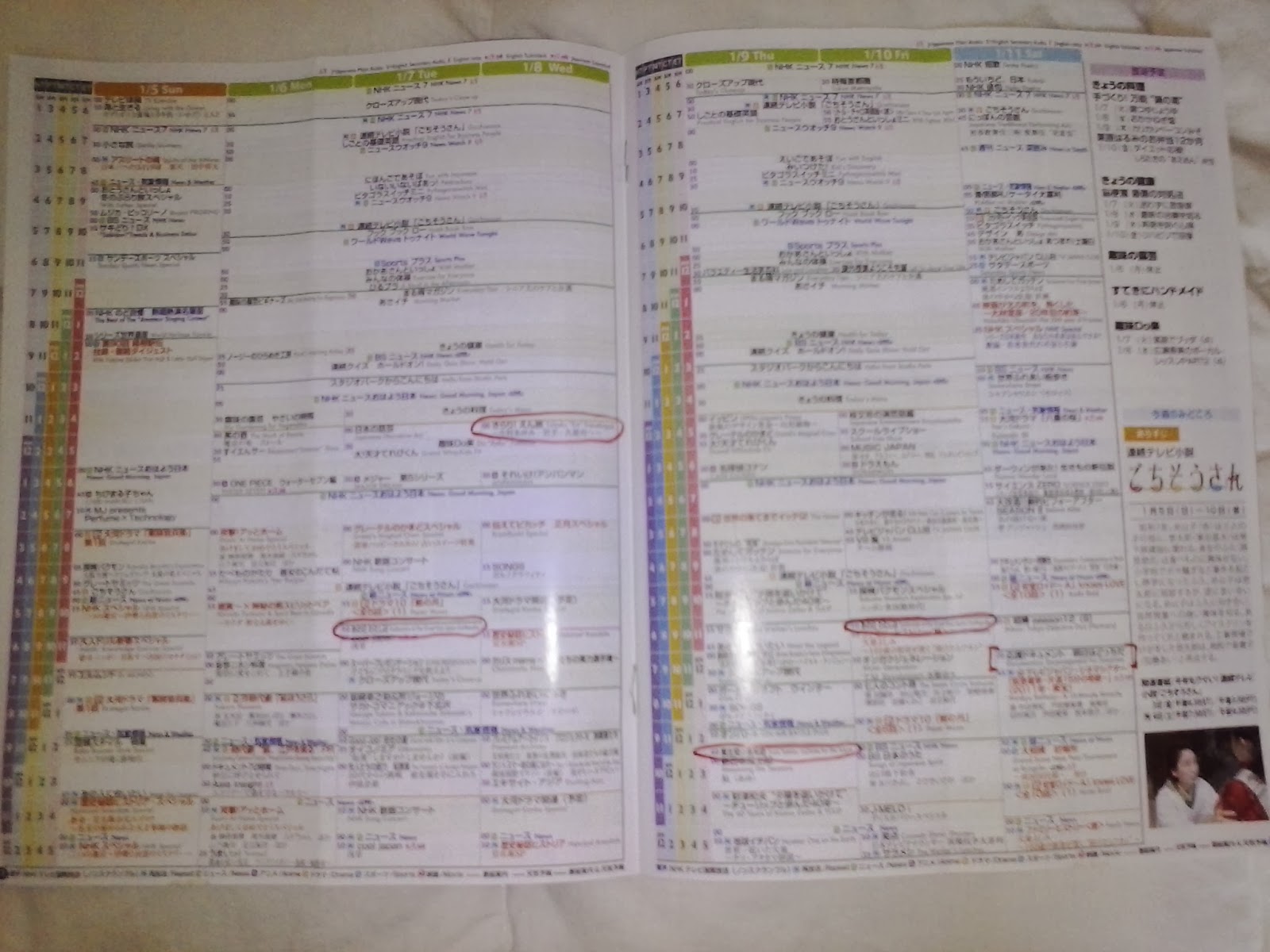 i expect that this, what little i manage to catch about Tohoku from this side of the Pacific ocean, is but a glimpse at their continued coverage and vigil of 3.11.2011, and that said, what a contrast.

Yuri’s reason for coming all the way to the United States in the pursuit of a degree in western psychology with regard to 3.11?

She proceeded to relay to me that experiencing that tragic day jolted into the people of Japan a keen sense about what truly matters in life -family, mostly.  But that sentiment seems to her to be dissipating as she sees people now diverting back to the ‘same ‘ol’ that was before the events of that tragic day.

Yet, i can’t help but take note of the difference in attention span ...despite the degree of drinking and video gaming that goes on in Japan.

i share my experience about Yuri here in this context because she is an example of others, like myself, who have been changed by the tragedies of 3.11.2011 to the point of taking (in her case, tremendous) action.

That said, we have work to do.

At present, there are still some 267,000 survivors residing in the temporary housing units erected for the surviving residents of Tohoku.

This is where the concentrated effort of the proceeds of our 3.11 Heal Japan benefit EP is being directed.

However, the 3.11 Heal Japan benefit effort is 3-fold:


The Heal Japan benefit EP was a labor of love on my part funded and produced entirely out of pocket.
100% of sales generated goes directly to Habitat for Humanity’s building of homes for 3.11 survivors in Tohoku.
i don’t see a penny.

i’ve worked in the non-profit sector in two previous jobs and one thing that always disturbed me about it is the divide, likely driven by competition.  So many non-profits!  Hard to know which, if any, to get behind.  That being the case tho’, the case of aid to Tohoku included, my hope is that our various efforts to help be effective.  And to that end, the selection process for the recipient of the proceeds of the Heal Japan benefit was a careful one.

Effectiveness, however, requires cohesion.  There is collective strength in numbers and success doesn’t come from isolation.  This is a team effort.  ...or it should be.  And maybe that explains the lack of progress concerning the reconstruction of Tohoku.  For as many as seem to care, why the apparent hangups?  My (somewhat educated) guess is that bureaucracy has been the predominant thing in the way.

As for the rest of us, those of us who took action and showed up and continue to even three years on, i salute you and support you and i hope that i have demonstrated that by following and promoting your various efforts in this vein via the various social media outlets.  To any of my fellows in the Tohoku reconstruction trenches with me who have supported or promoted the efforts of the Heal Japan benefit, thank you.